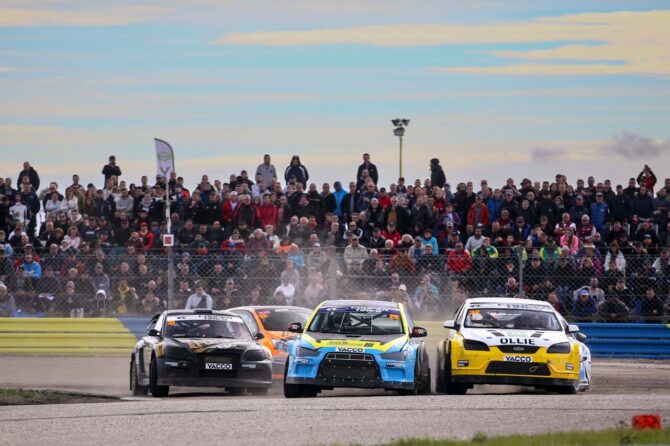 The final installment of Motorsport UK British Rallycross Championship 5 Nations Trophy action for 2022 will unfold this weekend at Lydden Hill [November 5-6], where the Supercar title will be awarded as part of a bulging entry and dramatic floodlight racing on Saturday evening.

With strength and depth across the classes, drivers in the final event of the year will race on the new-look Lydden Hill circuit. Although debuted in the UK’s Nitro Rallycross Championship round in the summer, competitors this weekend will be among the first-ever to race on the new opening corner, large jump and last-corner joker lap section at the Kent venue.

- Former champion Mark Donnelly (Citroen C4) returns to Supercar action for the first time in over 12 months while 2007 title-winner Ollie O’Donovan (Ford Focus) eyes a maiden win of the campaign.

- The stars of the future in the Motorsport UK Junior Rallycross Championship will race door-to-door in single-make 1300cc Suzuki Swifts, the points led by Max Langmaid, with Owen Robbins hot on his heels.

- Daryl Chaffey re-joins the single-specification Swift Sport Rallycross Championship grid, where Luke Constantine and Max Weatherly are separated by just one point in the battle to become the 2022 champion.

- Find out more about attending the event, and buy tickets, here.