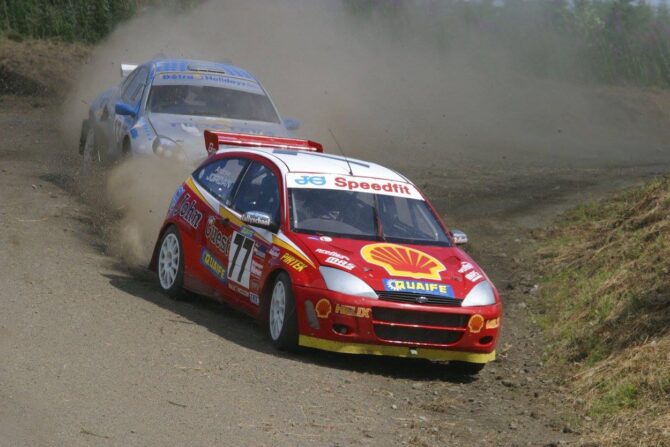 Andrew’s rallycross experience began at just 14 years old, winning numerous titles before quickly climbing the ranks from Juniors into the top-level Supercar class where he finished runner-up to Ollie O’Donovan in 2007. Andrew has also contested European and World rallycross events, becoming the first Briton to stand on a WRX podium when he returned to Lydden Hill in 2014.

The 2013 BTCC champion, and the family-run Jordan Racing Team, will return to 5 Nations BRX in a European-spec Ford Fiesta which is currently undergoing an extensive rebuild at JRT’s workshops. He will compete in the final three rounds of the championship at Knockhill, Lydden Hill and Spa, plus at Mondello Park subject to a revised date being announced and his current commitments.

The arrival of JRT into 5 Nations BRX complements an already impressive array of teams competing in 2021, including Team RX Racing, Albatec Racing and Liam Doran’s LD Motorsport outfit amongst others.

Andrew Jordan: “I’ve done a fair bit in different disciplines and saw this as an opportunity for some fun. The cars are very impressive to drive. I’ve driven quite a few and you still don’t get used to how impressive they are. We’ll use the latter part of 2021 to set us up for 2022. The car’s a bare shell at the moment and is having a full nut and bolt rebuild. Then we’ll get out and do some testing ahead of our first event.“