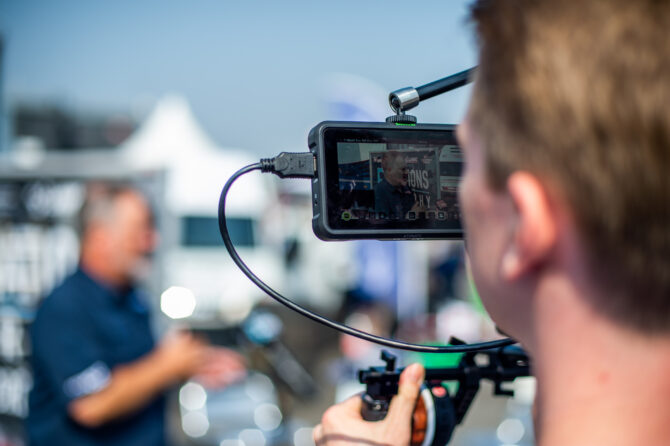 Details have been confirmed about plans to broadcast the Motorsport UK British Rallycross Championship 5 Nations Trophy presented by Cooper Tires in 2021. The coverage will be broadcast on BT Sport, where more than 4 million households currently have access, including the 1 million subscribers who signed up earlier this month to view its channels across TV, mobile and desktop, and the 3 million households on Virgin Media XL TV packages, which can view the channels for free.

All seven rounds will also benefit from the same ‘as live’ highlights and clips coverage provided from the three events that took place in 2020 which will continue to be shown across all #5NationsBRX social media channels, strengthened by live streaming key track action.

Off-track coverage includes a post-event Podcast and Vodcast and exclusive behind-the-scenes access from all classes, including the headlining 600bhp Supercars and some of the personalities from the paddock.

Broadcast partner Project4 Broadcast provides technical services to the broadcast and event industry and has a wealth of experience in professional television and radio broadcasting. Project4’s experience includes providing content for the BBC, Sky Sports and ITV covering a wide variety of sports such as a host of motorsports including F1, MotoGP and WRC, football, rugby and cycling. Away from motorsport the company has covered royal events such as weddings and funerals for worldwide broadcast and election coverage for the BBC.

Hannah Rynston, Co-ordinator of 5 Nations BRX and General Manager of Lydden Hill said: “We are delighted to confirm that 5 Nations BRX will now be taken into millions of homes in 2021. Last season we were unfortunately unable to complete our full season due to the pandemic. However, the interest we received via our improved and extended coverage across our social media channels and our ‘as live’ broadcasts showed that the championship is gaining in popularity.”

Details of broadcast times will be announced in due course on rallycrossbrx.com and across the official @5NationsBRX social media channels.