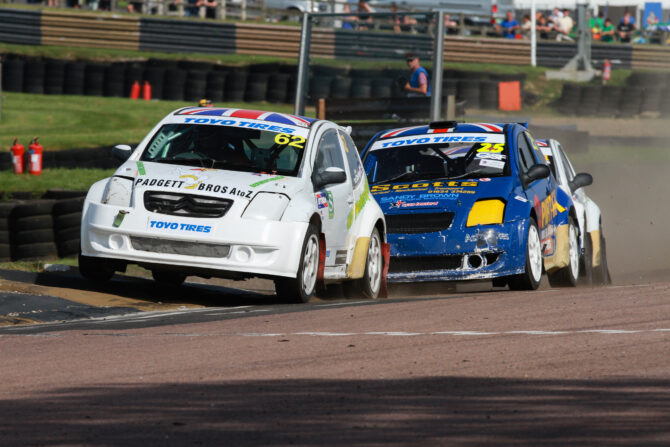 Long-time Super 1600 competitor Phil Chicken will return to the class for the 2021 Motorsport UK British Rallycross Championship 5 Nations Trophy Presented by Cooper Tires. Phil came out of semi-retirement last season to compete in the Swift Sport Rallycross Championship but will bring his Citroen C2 back to the S1600 grid alongside an ever-growing list of confirmed drivers.

Phil had previously converted the car to rally spec, with the aim of competing in rallies this season, however got the rallycross bug once more following three outings in 5 Nations BRX in 2020. With news of an increased Super 1600 entry for 2021, Phil quickly made the decision to revert back to rallycross where son Corey Padgett will look to continue his aspirations to clinch the Motorsport UK British Junior Rallycross Championship title.

The Super 1600 grid looks set to return to its former glory with an increase in numbers with Craig Lomax and Nick Snoeys already committed, and a further three drivers to be announced in the coming weeks.

“It was the thought of all these Super 1600 cars competing in 2021 that persuaded me this was where I should be this year,” said Phil. “Don’t get me wrong, I thoroughly enjoyed competing in the Swift Sport last season, that certainly helped me get the bug back. It’s a good, cheap way to have some fun but I don’t have enough talent to be competitive in Swift! Seriously they just don’t suit my driving style for some reason, where S1600 does.

“I spoke to several drivers who were committing to S1600 under the new promoters, and it was clear that the class was looking more and more popular, so I decided to give it another go. It will be nice to be racing on the same package as Corey again too and we can’t wait to get back on track.”