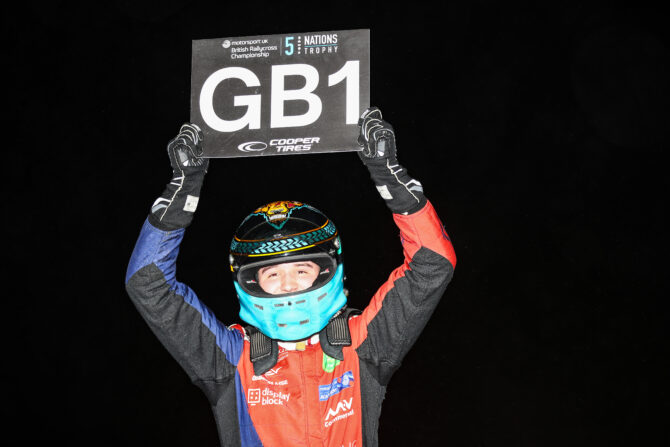 O’Donovan claimed maximum points from the event, topping the intermediate classification, winning the first semi-final in emphatic style despite stalling on the start line and having to battle his way back through the field to take the victory.

Then, in a rain-hit final, run under floodlights in front of a massive crowd, O’Donovan made the best start and ran free at the front of the order to claim the win by an incredible 38 seconds.

Fireworks after the race marked both the championship win and the November 5th celebrations in the UK. Michael Sellar (Citroen DS3) equalled a personal-best result in fourth, while Swedish driver Daniel Thorén (Volkswagen Beetle) was fifth and Steve Hill (Mitsubishi Evo) was sixth. 5 Nations BRX business will conclude at Lydden Hill tomorrow, when the support classes will compete in the remaining qualifying and finals races, where two titles are still to be decided. A whole new round of Supercars will determine the runner-up position in Supercar.