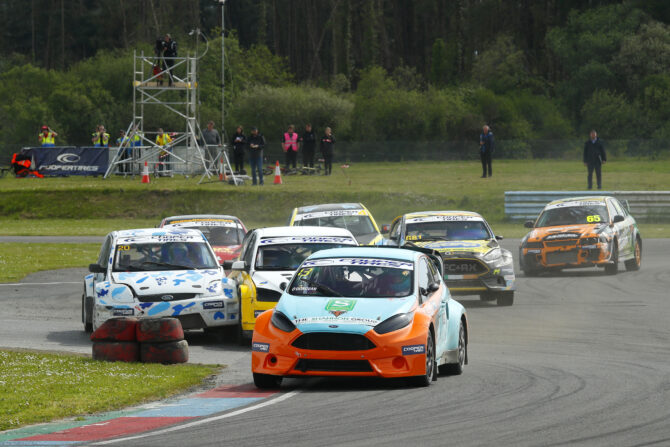 Just as he had in round three on Saturday, and despite the circuit being altered to run in a Clockwise direction for 5 Nations BRX round four, O’Donovan dominated, winning every session before leading both his semi-final and the final from the front to secure his second win of the weekend in Wales.

Behind the 18-year-old, things were less straight forward, but it was Steve Hill (Mitsubishi Evo) who excelled in a dramatic encounter to finish second, the experienced racer overtaking six-time champion Julian Godfrey (Ford Fiesta) at the final corner to snatch the position, Godfrey struggling with broken right-rear suspension, following contact with Derek Tohill (Ford Fiesta) as the reigning Supercar champion exited the joker lap.

The incident put Tohill out of the race, and it was Ollie O’Donovan (Ford Focus) who finished fourth, the London-based Irishman having switched to Team RX Racing’s Ford Focus for round four. Bradley Westgarth scored a career-best result in fifth, driving Milldown Racing’s Mitsubishi Evo, while Tristan Ovenden (Citroen DS3) lost time on the opening lap but recovered to finish sixth. 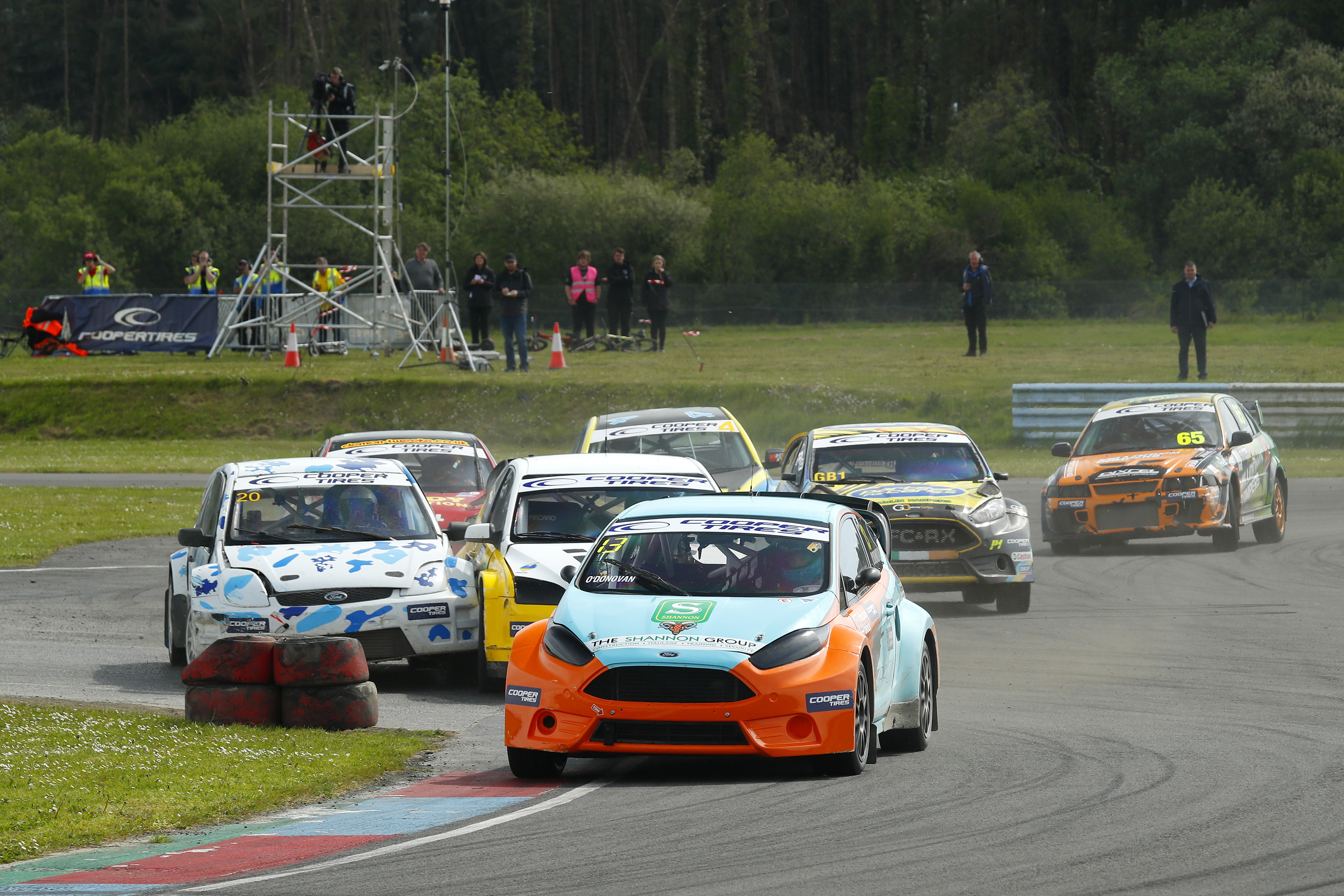 Vauxhall VX220 driver Jason Bleasdale (Vauxhall VX220) continued an unbeaten run through the 2022 Supernational season by winning round four at Pembrey. He was challenged through the final by both Paige Bellerby (Lotus Exige) and brother Darren Bleasdale (VX220), who eventually finished second and third respectively. 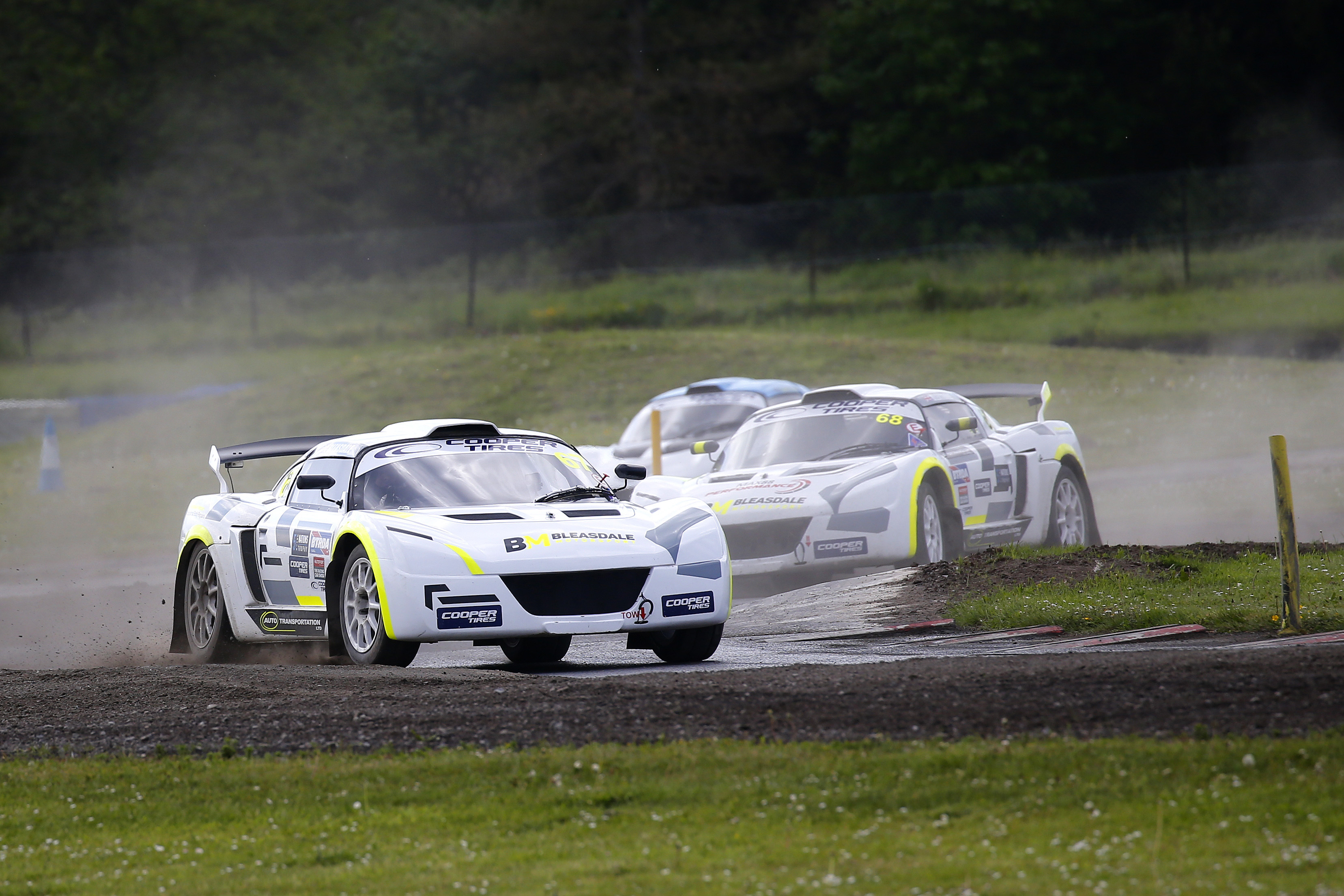 Max Watt stormed to a maiden Junior RX victory. With a pair of fastest times, in Q1 and Q3, he secured pole position for the final, then led the race from the front at the start. He took his joker on lap two to cover off reinging champion Max Langmaid, who had jokered on lap one, to maintain track position, then moved back into the lead when both Will Ovenden and Owen Robbins took their own joker laps. Langmaid finished second with points-leader Robbins in third. 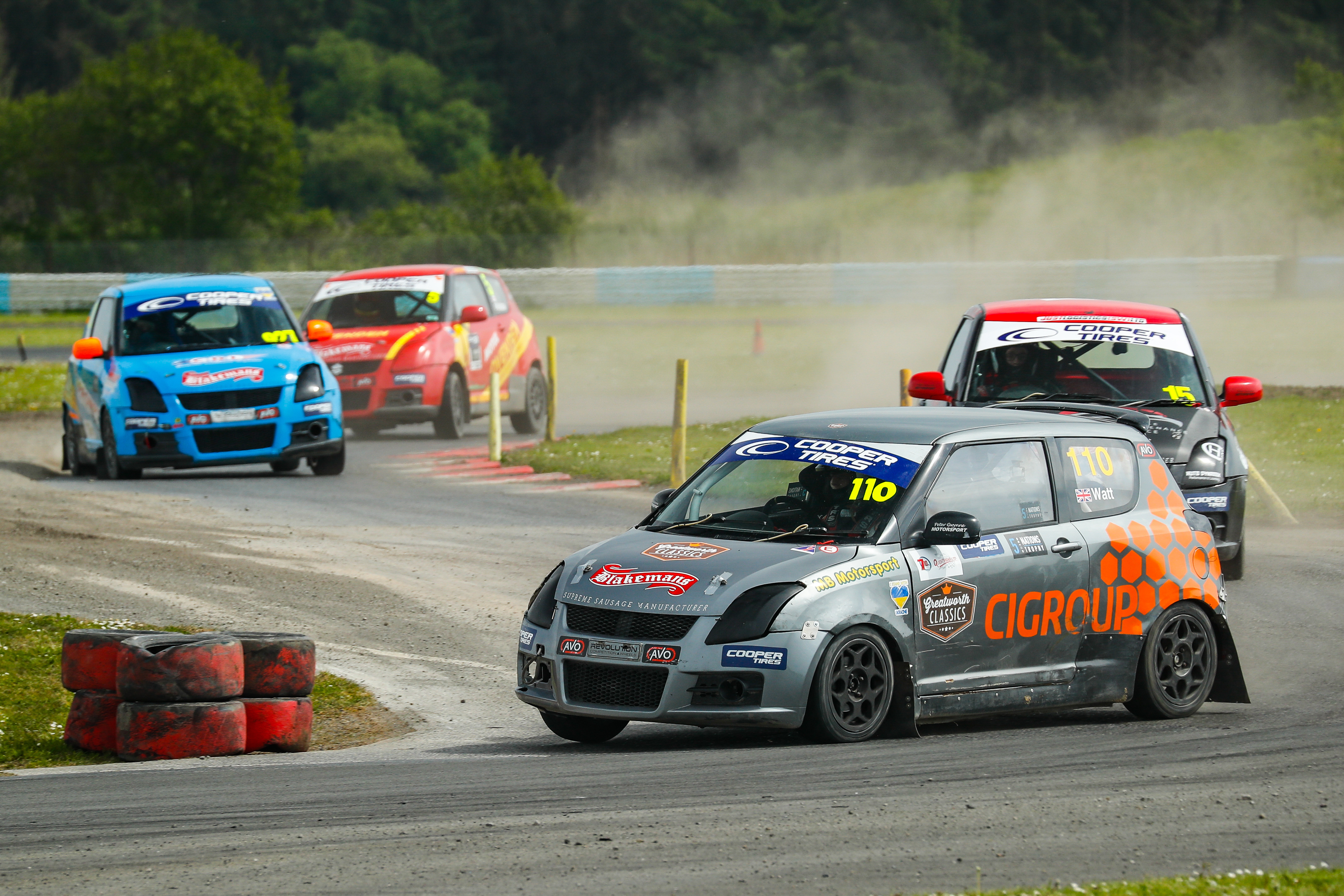 Bradley Turner qualified on pole position and led throughout the final to claim victory. He was chased early on by Dave Bellerby, the latter missing out on a chance of victory by taking his joker earlier in the race, and losing time behind another car, meaning he hadn’t done quite enough to catch Turner when the leader took his joker. Ben Sayer used an early joker lap strategy from third position on lap one to climb his way back through the field to secure the final spot.

Martin Hawkes claimed the spoils in the All4 Mini category, but was the only finisher after David Bell pulled off mid-final with mechanical troubles. 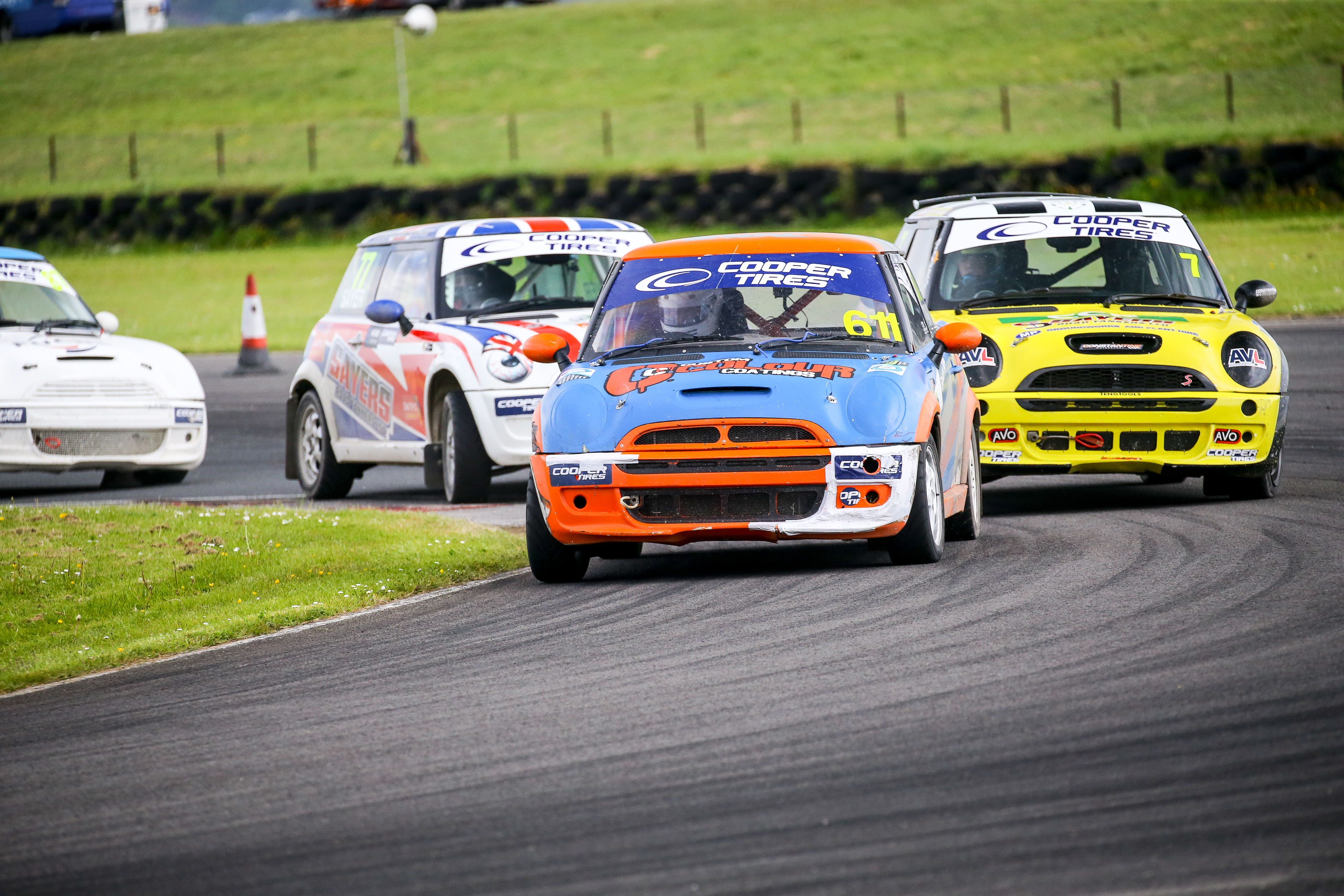 Ray Morgan (Ford Escort) overtook early leader John Cross (Lancia Stratos) to drive to victory in the Super Retro final, ahead of Cross and Jamie McBain (Peugeot 205) on his maiden Retro Rallycross weekend. As the cars ran bunched together for much of the final, McBain found a way to overtake Vince Bristow (BMW E36) and snatch the last podium place. 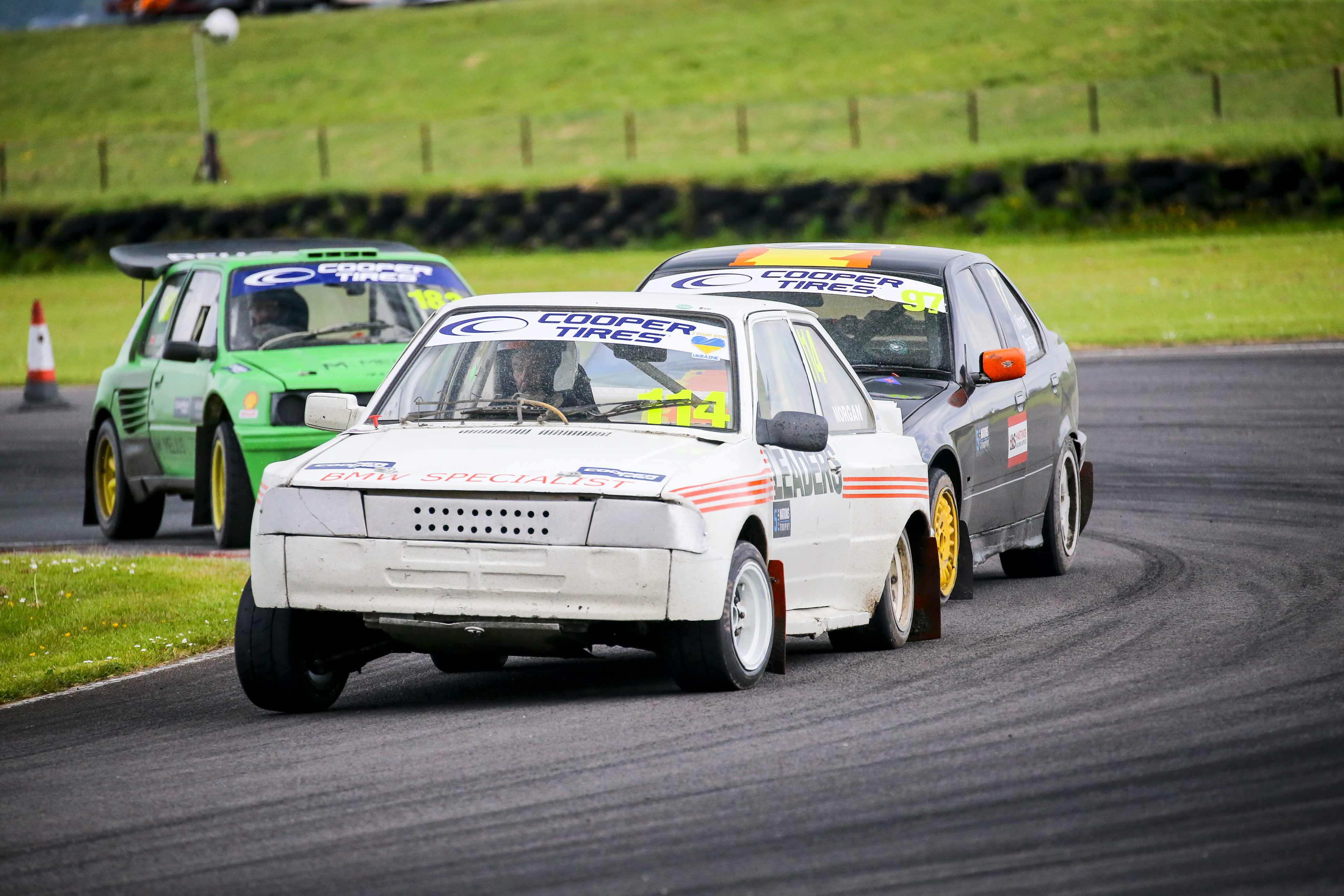 James Constantine led the Swift Sport final in the opening stages from reigning champion Max Weatherley, before the pair later swapped positions, Constantine applying pressure to Weatherley until the end of the race, the pair separated by 1.5 seconds. Chris O’Hara finished third, while Luke Constantine dropped out of the podium battle on the opening lap and later retired. 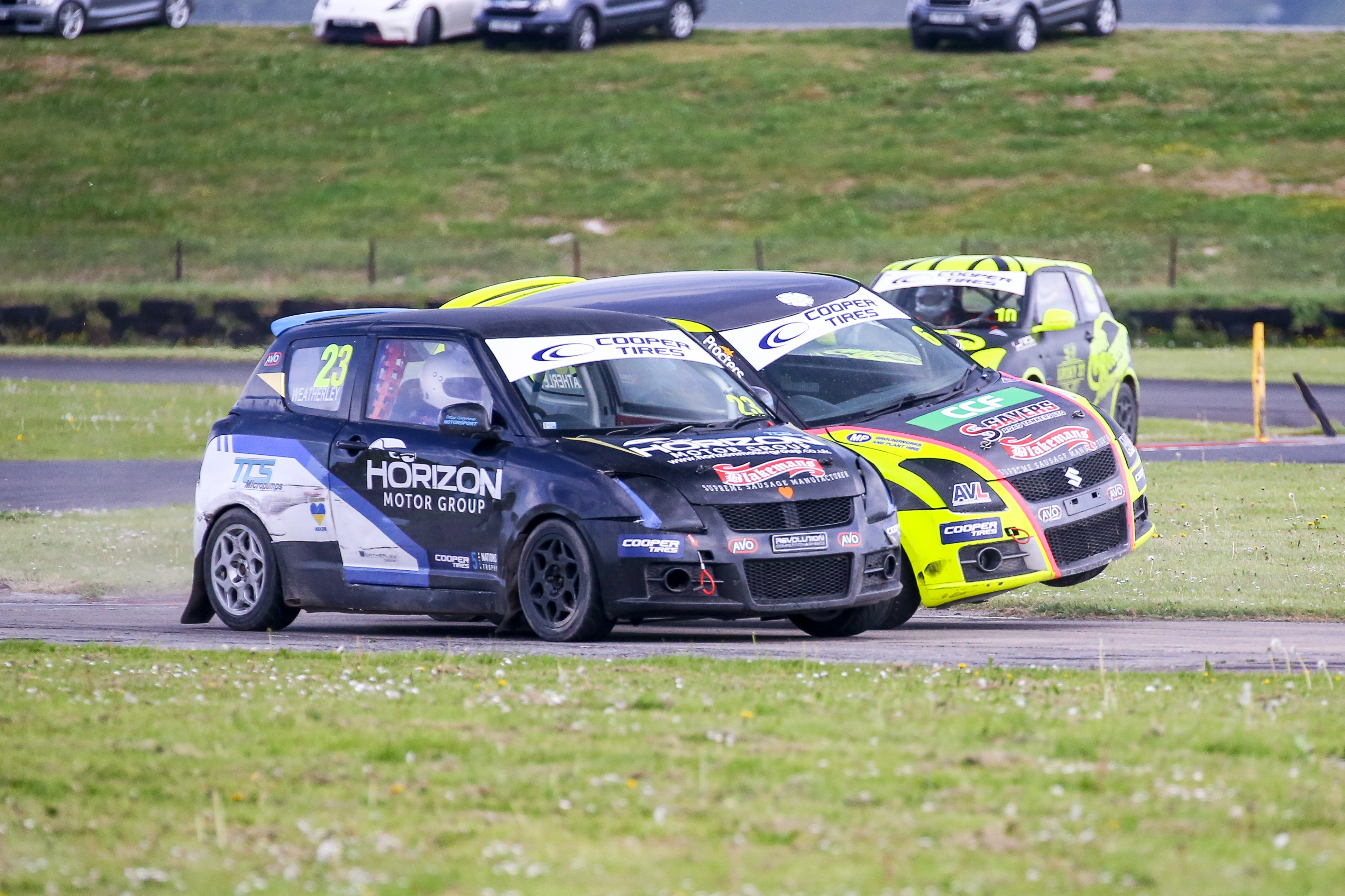 Hungarian driver Krisztian Szabo dominated round four of the RX150 Championship, winning every session to claim his maiden RX150 victory on his first weekend of 5 Nations BRX competition. British Rally Championship driver Ruairi Bell also went one better than his result in round three to finish second, while Ben Hardy claimed his second career podium, with third. 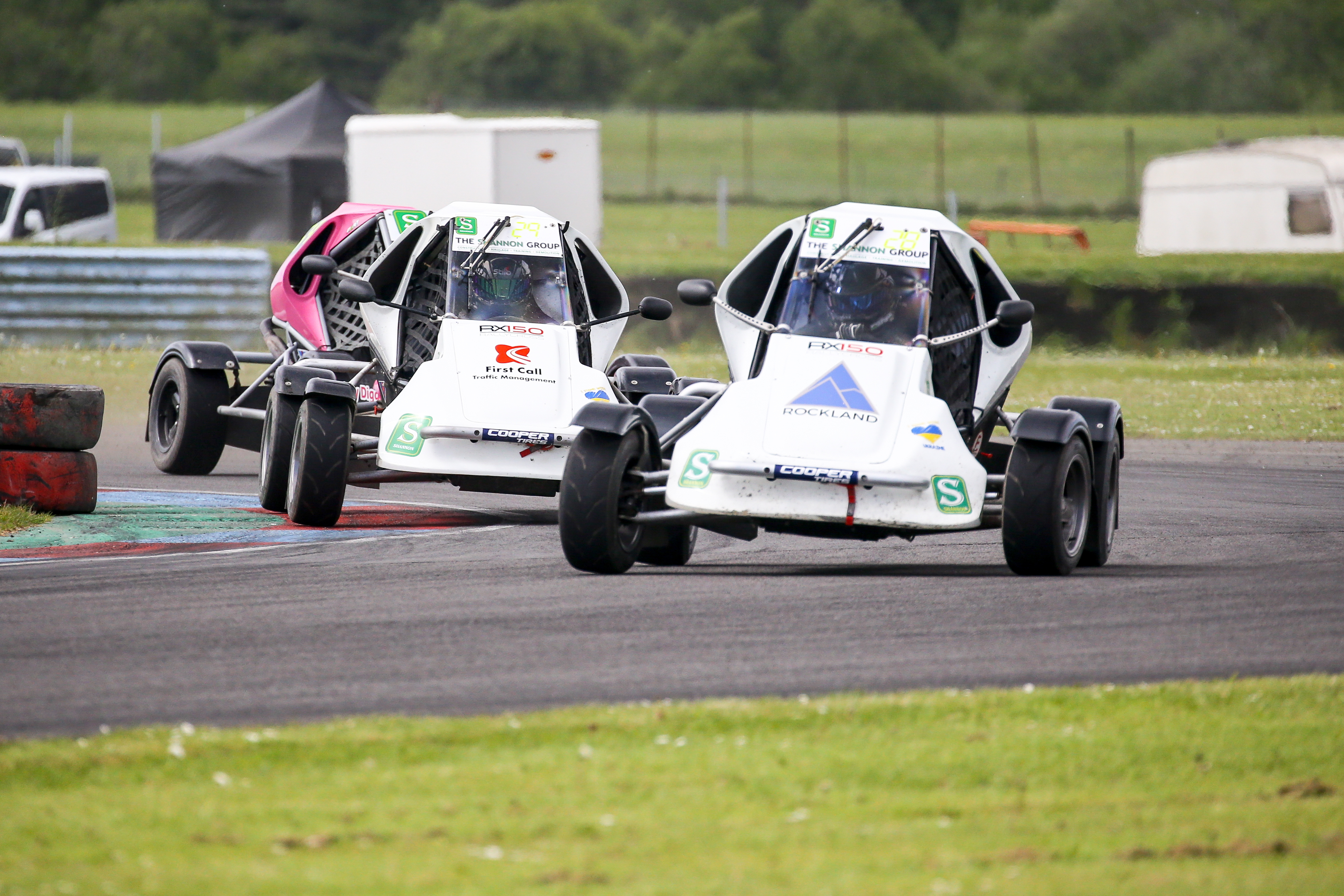