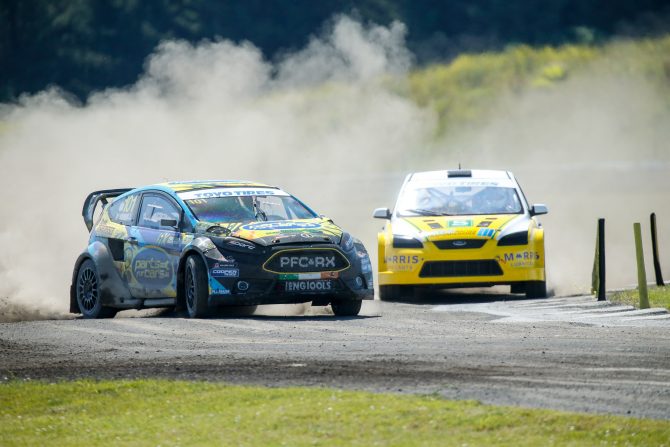 Willie Woods has been confirmed as Race Director and has promised to enforce strict policing to deliver a firm but fair championship: “It’s really good to be back in rallycross, the future certainly looks bright for drivers. We have three top grade clerks with the final decision being mine as race director.

“We are putting a lot of effort into change for 2020; all cars must carry sponsorship decals in the correct areas, all cars will be weighed and logged, all turbos will be measured, sealed and checked on a regular basis and we’ll be doing regular tyre checks and testing of fuel.

“We are also putting live cameras up at all events to make decisions easier and we’ll have digital results. There’ll be more hands-on contact with drivers during the events; the competitors don’t like clerks and scrutineers, but we don’t make the rules we only implement them. They can always appeal any decision if they feel they have enough evidence to back it up.

“We are looking forward to a new team and a friendly atmosphere all round as we look to deliver a firm but fair championship.”

Entry fees for the 2020 Motorsport UK British Rallycross Championship 5 Nations Trophy Presented by Cooper Tires have either been lowered or kept the same as previous years, despite the benefit of extra track time at many of the events.