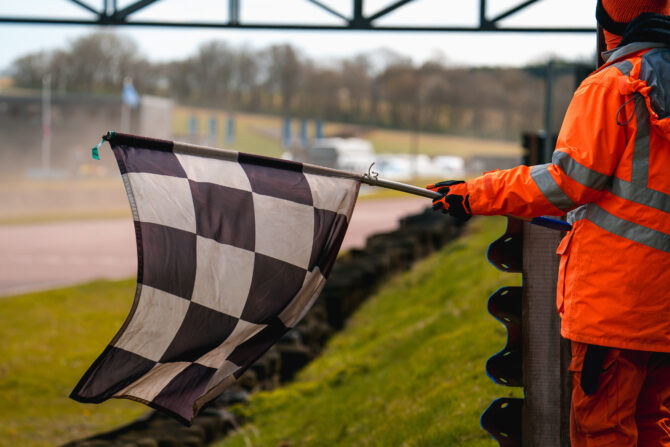 Spa Francorchamps Circuit advised 5 Nations BRX that they were no longer able to host the December event scheduled due to work schedule, severe flooding and the current COVID situation. 5 Nations BRX worked hard to secure a replacement venue to allow the championship to reach its planned conclusion but has been unable to find an economically viable solution for an alternative venue.

After losing out to Owen Robbins in round one, Max Langmaid never looked back, claiming the remaining six wins this season. Will Ovenden finished second with Robbins in third.

Going into the final round, Max Weatherley and Luke Constantine had clinched three wins each. Constantine’s big accident at Knockhill ruled him out of round six and the points gap was too big to close however, with Weatherley taking his fourth victory and the title at Lydden Hill.

Stephen Brown has won the title, his double-win at Pembrey contributing to his tally. Dave Ellis tied with Brown on points after a strong, consistent season. Ben Sayer finished in third with Dave Bellerby, winner of four rounds in fourth. Tom Constantine, winner of the penultimate round at Knockhill finished sixth.

Patrick O’Donovan’s four wins were fundamental to his 2021 title. 2020 champion Steve Jones was close behind in second with rookie Billy Alexander taking third in his first year.

Dan Welch claimed the title in the first ever all-electric rallycross championship in the UK. Welch won round one while Dave Halford claimed victory in the second round. Rob Gibson is second in the standings with Charlie Fraser in third.

“It is disappointing that once again factors out of our control have ended our season. It would have been great to have gone out with a bang knowing that we were holding our final races of the year but we still had avenues open that could have given us another round of competition. Unfortunately, we were unable to make those options work.

“Congratulations to our champions and thank you to all our competitors. We appreciate all the efforts and understanding in what has still been unconventional circumstances. We hope that 2022 will be more conventional and run according to plan.”

The 2022 calendar will be announced in due course.