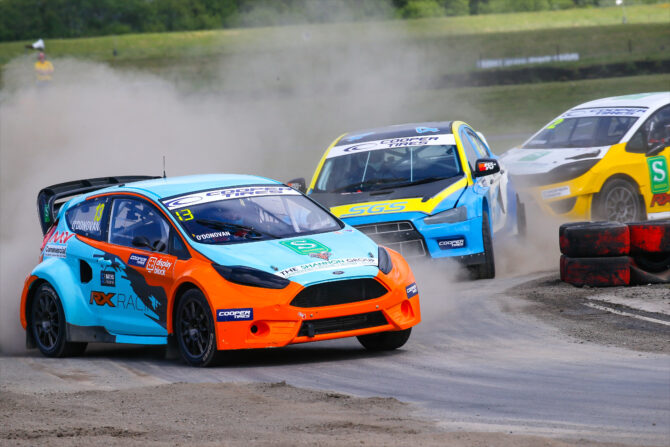 Rallycross is set to wow tens of thousands of people at the Autosport International Live Action Arena this weekend in Birmingham, UK (January 12 – 15).

Rallycross’ presence in the Live Action Arena will be among the highlights of the four-day show, with Trade and Media attending ASI on Thursday and Friday and doors opened to the public on Saturday and Sunday.

2016 European Rallycross Champion Kevin Hansen and 2007 British RX Champion Ollie O’Donovan will drive within Team RX Racing’s line-up in the squad’s Ford Focus, Proton Iriz and Peugeot 306, and will also be joined by a special guest, or two. Swede Nils Andersson, a podium-finisher in the RX2e series, will drive an all-electric car RX2e car throughout the event.

Alongside the Live Action Arena, there will be a 5 Nations BRX reveal on the Motorsport UK stand on Thursday January 12, while other cars will be dotted around the show’s halls, including the Swift Sport Rallycross Championship, with its own stand.

Details of where to get tickets for the show can be found here.