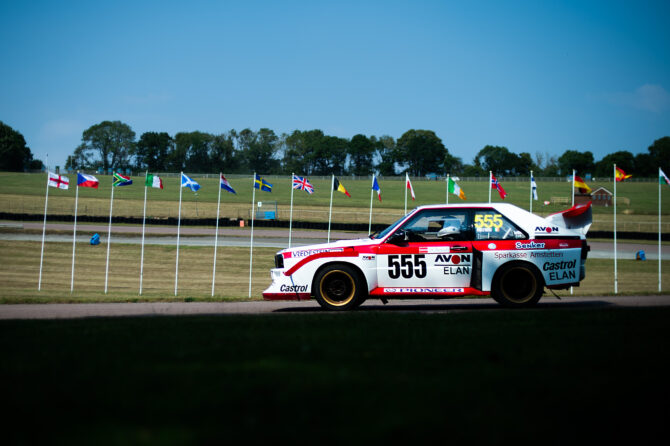 As entries officially closed, interest in the Retro Rallycross went through the roof with a further five drivers confirming their participation when the series kicks off at Lydden Hill this weekend (30/31 August). Mad Mark Watson, David Ewin, Paul Barratt, Dave Halford and Vince Bristow are among a huge entry across all three classes, that includes all three champions looking to defend their crowns.

''After a slow start to the 2020 season the last few weeks have seen a spike in interest in the Retro Rallycross Championship. It's great to see our membership growing and to be able to welcome newcomers to our championship whether they be well known, established rallycross drivers such as David Ewin, Vince Bristow and Mad Mark Watson, or those new to us as Paul Barratt and Rob Buckmaster will be.

“The cars they will be bringing to the grids will add to our already eclectic mix of exciting classic rallycross cars and we are really looking forward to arriving at the home of rallycross for the opening round of our 2020 campaign.''

Retro Rallycross will appear at five rounds of the Motorsport UK British Rallycross Championship 5 Nations Trophy Presented by Cooper Tires starting with the opening round at Lydden Hill on 30/31 August. Double-header rounds will take place at Knockhill (26/27 September) and Pembrey (17/18 October). The GpB/4WD class will contest three rounds, with Pembrey’s double header-round the finale.