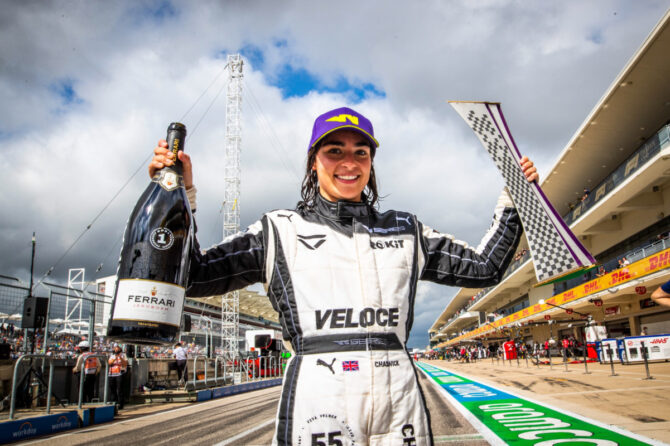 The Williams Formula 1 Development Driver also has off road experience, compete in the Extreme E off road series, but her Pembrey start will mark her rallycross debut.

“‘I’m so excited to get my first taste of rallycross at Pembrey in the RX150 Championship,” she said. “It’s something I’ve wanted to do for a long time so I’m very grateful to Pembrey for the opportunity. I’m looking forward to learning as much as possible and enjoying the experience!"

Ryan Smith meanwhile is a six-time British Truck Racing Championship champion and while he is well accustomed to racing on the all-tarmac race circuit at the “home of Welsh Motorsport” the rallycross experience will be all new to him.

“Pembrey is one of my favourites tracks on the calendar to race at so it’s a pleasure to be able to compete in what is such a prestigious event,” said Smith. “I’m looking forward to getting behind the wheel of something that is very much out of my comfort zone; I’ll be giving it my all and I’ll look to put on a show for the fans."

Former British Rallycross Champion Nathan Heathcote is also set to make a return to the rallycross arena at the Pembrey event, as he returns to the headline Supercar division with a Citroen C4. The full entry list for the event will be published next week.